Museum Society acquires "The Spinning Woman" for the Forster Museum

Museum Society acquires "The Spinning Woman" for the Forster Museum

Not long ago, the Brandenburg Textile Museum in Forst (Lausitz) was offered an oil painting by the artist Richard Flockenhaus, who was born in Forst in 1876. It was "Die Spinnfrau" (The Spinning Woman), a work measuring about one metre by ninety centimetres. The motif had been known for a long time, as it was one of the most important works by the artist, who died in Berlin-Steglitz in 1943. Until recently, however, only prints of the work were in the museum's collection. It was therefore all the more gratifying to learn that the oil painting had also survived the fighting and destruction of the Second World War unscathed. The seller was also pleased that the painting would fit so well into the Forster collection. Thus, a favourable price was quickly agreed upon, which was in line with the museum's very small acquisition budget.

Before "The Spinning Woman" will soon have to share a place in the storeroom with the other paintings of the Forster Museum Collection for a longer period of time, it can still be seen in the current special exhibition until 25 June 2017. 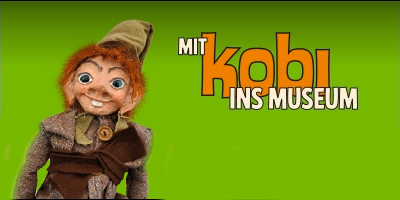