Peitz was the site of a castle dating back to the 13th century. In the middle of the 16th century, Johann V, Margrave of the Neumark, had the castle converted into a citadel (upper fortress). The reconstruction took place between 1559 and 1562. Substantial parts of the former castle can be found in the general tower of the fortress (fortress tower). Between 1590 and 1595, extensive fortifications were built around the city (Unterfestung). Renowned fortress builders of European standing such as Chiramella, Arkanat and above all Lynar were involved in the construction.
During the 30 Years' War (1618 - 1648), the fortress town offered protection to many nobles and church dignitaries. Even the Brandenburg Elector Georg Wilhelm moved his seat of government to Peitz in the winter of 1637/38.
In 1767, King Frederick the Great gave the order to demolish the fortress. Today, however, Peitz still has valuable witnesses from the fortress era. The most important building is the fortress tower from the 13th/16th century.

The Peitz Fortress Tower is the oldest building in the town of Peitz and has been used as a museum and cultural centre for many years. The special attraction of the fortress is its preservation as a structural monument, its history and beauty. The tower has walls up to 6 metres thick and reaches about 36 metres to the top.
Inside the fortress tower, the large banqueting hall, where wedding ceremonies and events are held annually, is impressive. In the museum area of the tower, exhibitions about the history of the fortress are shown.

The fortress tower is located in the heart of the town of Peitz, in the middle of the historic old town centre.

During the guided tour, visitors learn a lot of interesting facts about the fortress tower as well as about the history of the city and the region.
The offer takes place indoors and is aimed at students in grades 1 to 13.
Date: by arrangement
Duration: approx. 1 hour
Pre-registration: one week before at the latest
Peitz Fortress Tower
Fortress Route
Mrs Medack
03185 Peitz/ Picnjo
Phone: 035601 / 22080
Fax: 035601 / 22080
E - Mail: museum@peitz.de
Website: www.tourismus.peitz.de 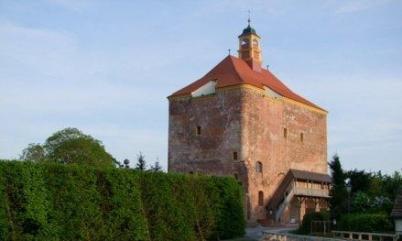 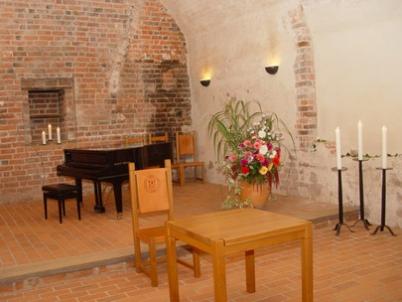 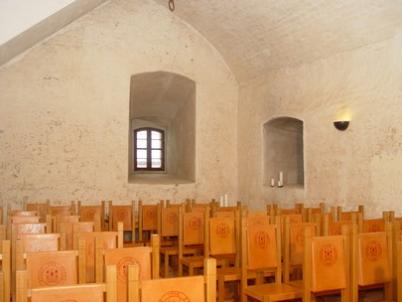 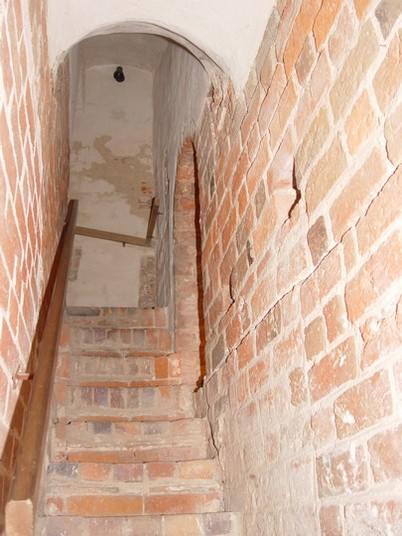 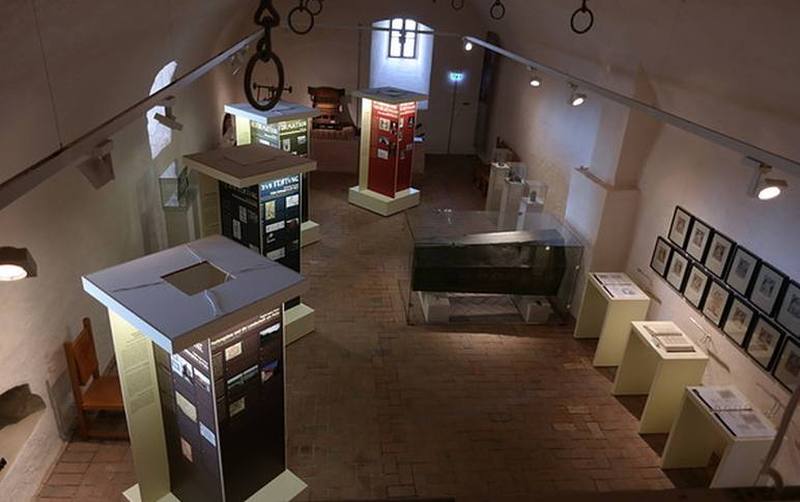 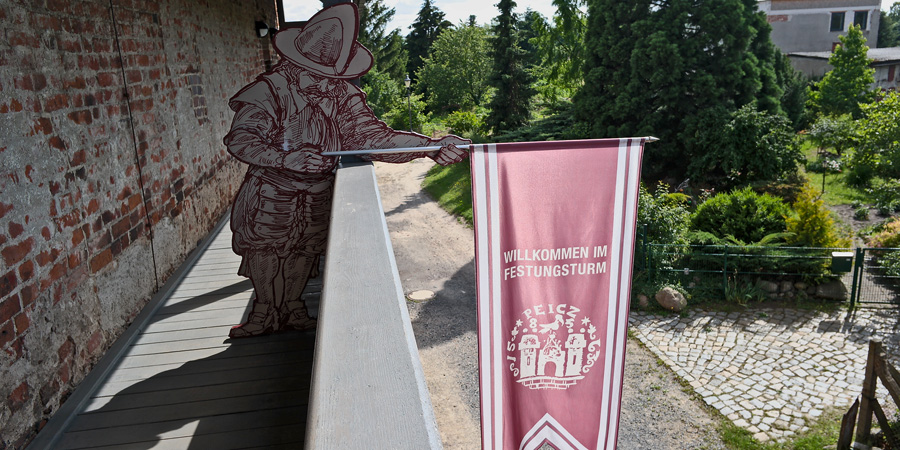 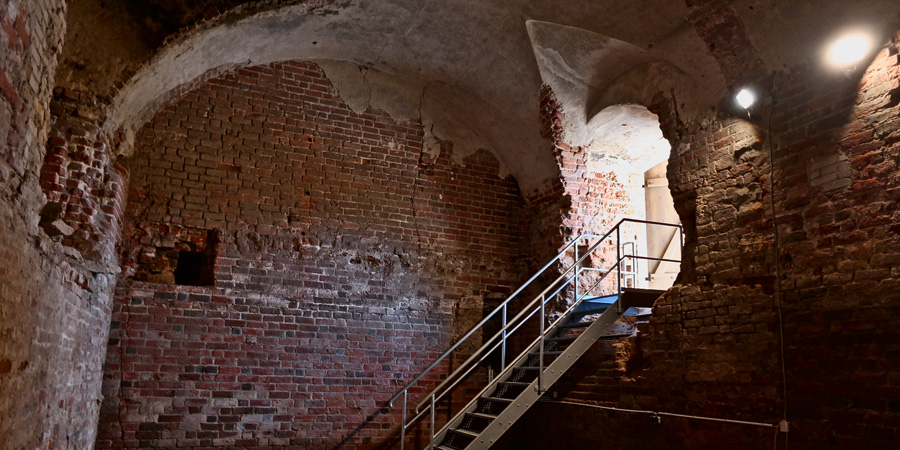 Offers for children
To the museum with Kobi